The Pine Drive Team is made up of Matthew Grayson and Bernadette Stewart plus our elder golden Labrador “Stella” and our young rambunctious chocolate Labrador “Molly”.

Matthew grew up on a sugar cane farm in Bundaberg, Queensland while Bernadette grew up in Alberta, Canada. Firstly in Northern Alberta at Rainbow Lake and then Lloydminster on the Alberta/Saskatchewan border.

So how did two people from different continents meet?

Bernadette was teaching in Qatar and Matthew was offered a HR position building the world’s largest LNG gas plant.

Where did the passion for wine start?

After leaving Qatar, we moved to Saudi Arabia for 7 years. Of course, alcohol was not available so many of the expats learned to make their own wine from available South African grape juice.

It wasn’t until a colleague’s wife whose family was in the Spanish wine industry, gave Matthew the “recipe”. From then on, Matthew’s wine became very well known among expats and cemented our interest in the wine industry.

It also helped that Europe was only a 6 hour flight so we visted many wine regions and sampled some of the finest. 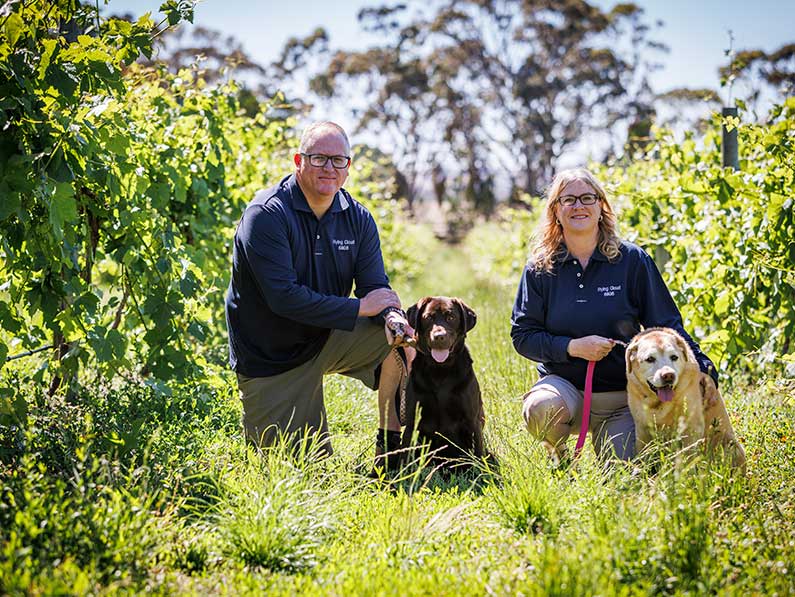 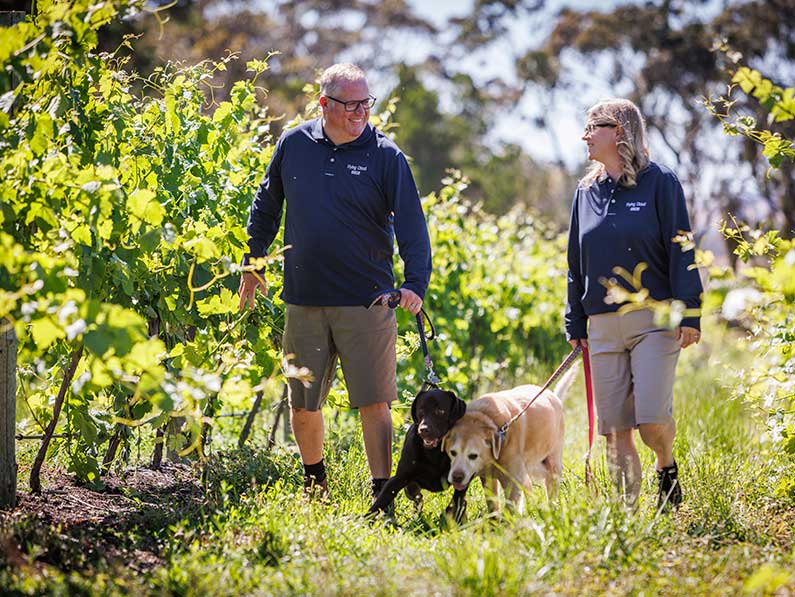 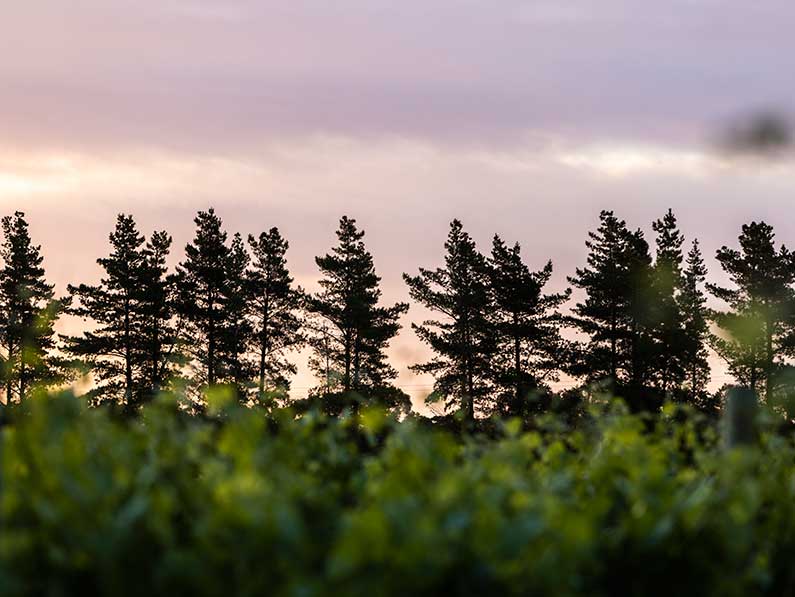 So how did we end up in the Barossa Valley?

We were so ready to leave the Middle East and both wanted to do something earthy and different.

Our love for the relaxed atmosphere of vineyards and wine continued to grow, so we decided to buy a vineyard.

We searched and searched for a vineyard across many counties and regions. But when we drove down Pine Drive we were struck by the beauty of the lane lined by Pine trees and knew we had found our slice of heaven. 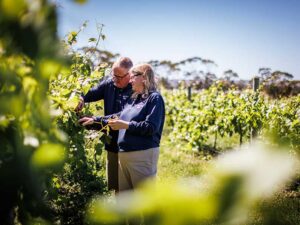 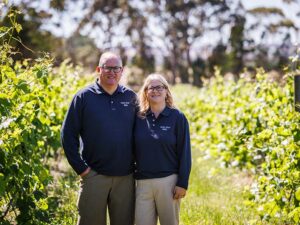 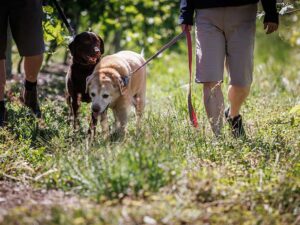 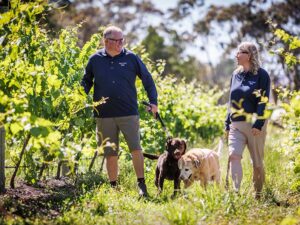